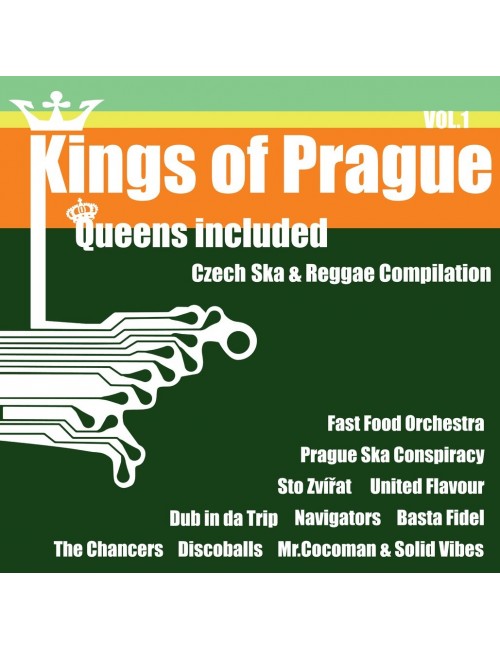 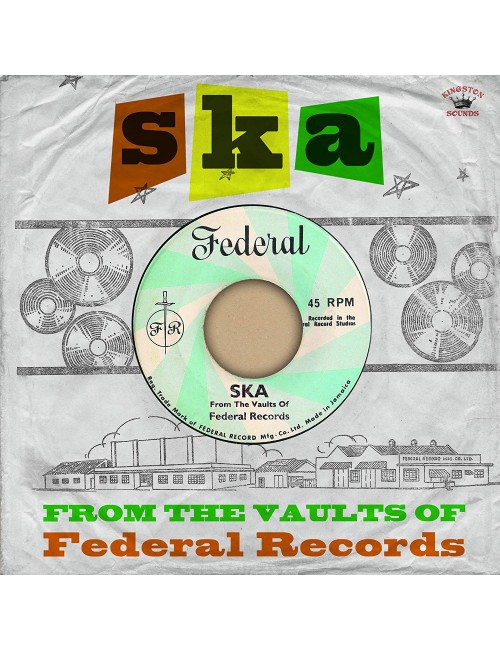 Federal Records was the first domestic Jamaican studio. It opened its doors in 1961 owned by Ken Khouri, who first licensed American records to Jamaica before cutting his own songs, which were some of the earliest Jamaican RnB and Ska singles. In 1981 Ken Khouri sold the complex to Bob Marley, who renamed the premises Tuff Gong Studios and whose legacy continues to this day. Here are some of the best ska tracks to emerge from the Federal Vaults, featuring some of the best artists, musicians of the time. The great Lord Tanomo, Don Drummond, Rico Rodriguez, Roland Alphonso and some lesser known artists. 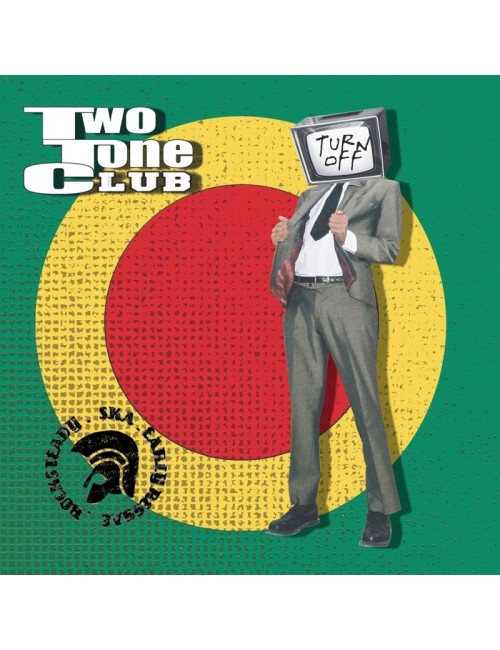 The Two Tone Club is made up of former members of the Gangsters All Stars. Dedicated entirely to the universe of the ska, garnished with a dash of reggae and irresistible rhythms, the 9 gentlemen met in 1999 and have not been slowed down in their club activities ever since. Numerous appearances in France and neighbouring countries followed. The Two Tone Club knows with its mixture of classic ska, in the sense of the Skatalites, Laurel Aitkens or Prince Busters, and later influences, such as The Specials, Selecter or The Beat, mood and have since shared the stage with many of these greats and enchanted the audience. 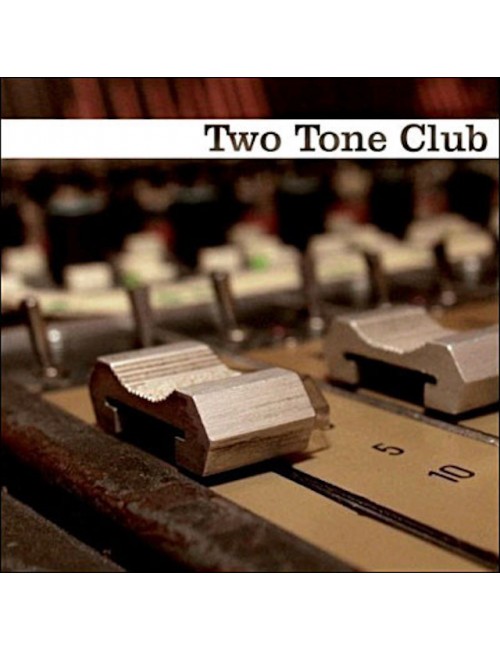 The name of the French is still misleading: although there are special-infected 2-tone-like numbers on "Now is the time" (especially the opener "U and I" is a hit in this respect!), the overall atmosphere of the album is once again much more complex. In addition to some rocksteady and skinhead reggae tunes, there are also very relaxed, more suitable reggae for the mingling in a lounge. In stark contrast to this, a song from the 3rd Wave Ska section is just about to end. And with "Get me outta your head" one of the most beautiful rocksteady numbers of a current band. All very stylish and smart and matching a wonderfully simple designed cover. 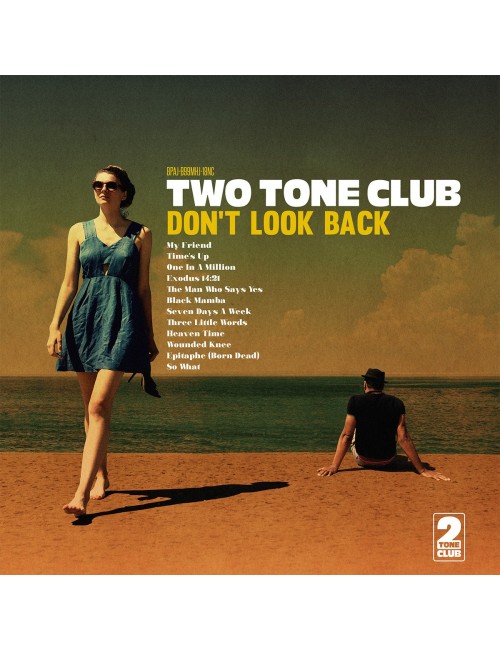 LP first pressing on white vinyl. Exquisite album by the French band between Rocksteady and Ska, founded in Montbeliard in 1999, with confessions to the 1960s. Well balanced mix of faster numbers and psychedelic instrumentals in the dubious slow tempo for the spliff on Sunday afternoon. The wind section is allowed to ride to the fragrant and tight grooved rhythm tracks sometimes to jazz, the guitar to Morricone-Western. The singer often comes with such a British-lad-like voice and attitude and proves punk appeal in the sense of the Stranglers or The Clash on "Heaven Time". Early Skinhead Reggae is in the air and the band proves their full experience, class and knowledge on their first album in 10 years! (Source: flight13.com) 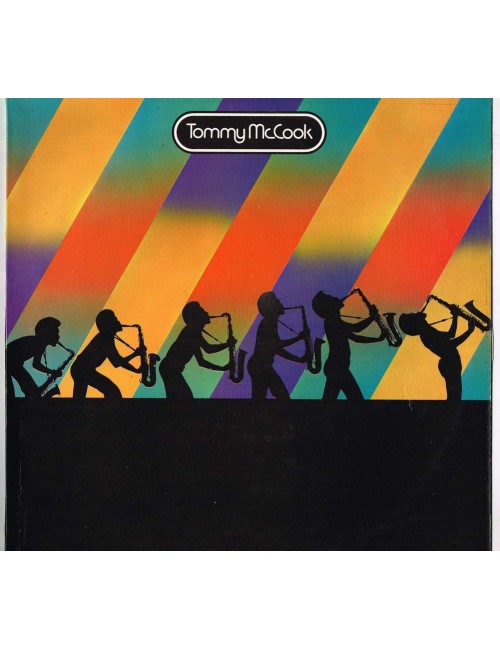 Rerelease of the 1969 album by the Skatalite saxophonist.Recorded by Arthur Duke Reid at his legendary Treasure Isle Studios - named after the family-run liquor store where the studio was located on Bond Street in Kingston. The album also includes some classic vocal performances by the biggest names in ska history: Justin Hines, Stranger Cole and Millicent Patsy Todd. It is a perfect mix of skatalites instrumentals and vocals. 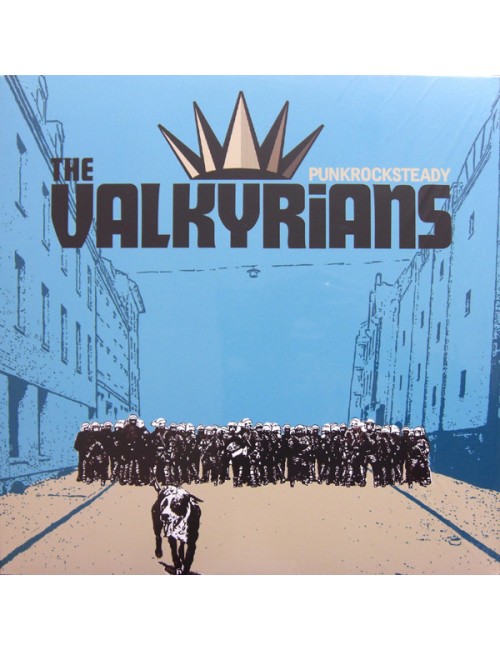 THE VALKYRIANS are back and present with “Punkrocksteady” a tasteful stroll through music history. The originals of the covered songs are not only obvious punk classics from bands like THE CLASH, SHAM 69, COCK SPARRER, MISFITS or 999, but also pearls of the post-punk and new wave era (BLONDIE, JOY DIVISION, WIRE, DEVO or ELVIS COSTELLO). The connection between the genres of ska and reggae and punk rock is of course well known. But the charm of the interpretation and the soulful devotion of the 5 Finns lead to amazing results. Their incomparable sound mix of 2Tone Ska, Rocksteady and Early Reggae as well as White Soul fits more than the selected songs, and the VALKYRIANS take on the originals with a lot of respect and musical expertise. 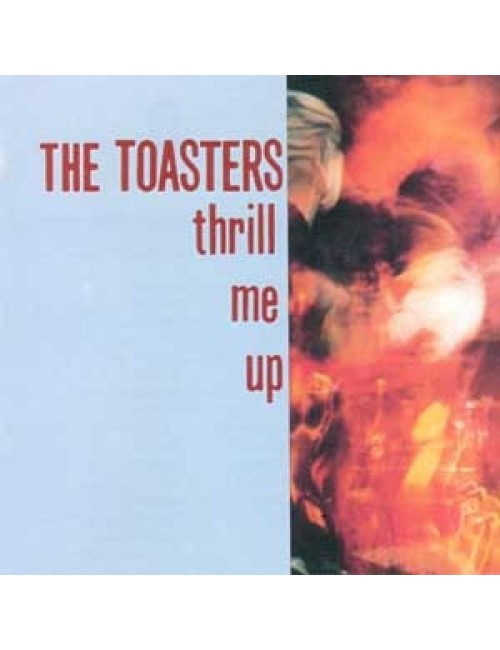 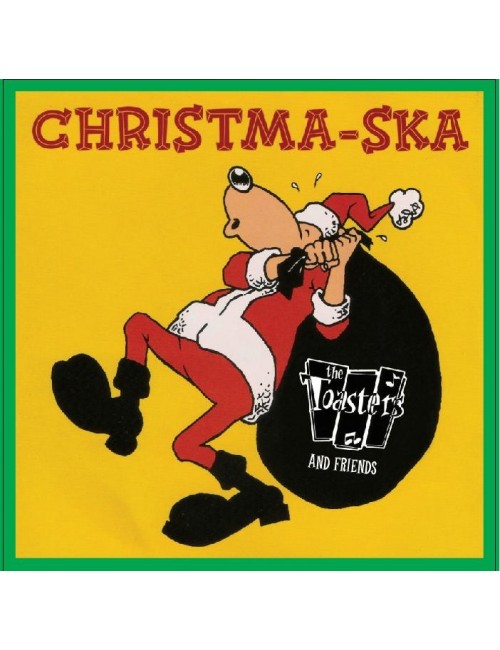 Released exclusively for the Japanese music market in 1997, the Perfect Disc for the Right Ska Christmas Break is also released in Europe. In this sense: Happy holidays! 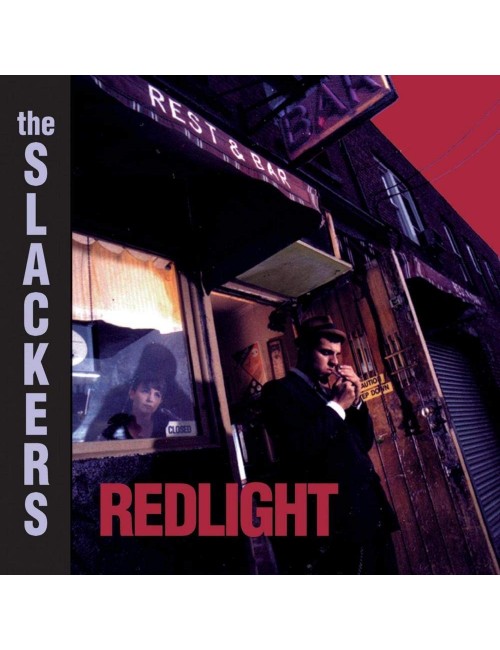 Vinyl repress via Pirates Press for the 20th anniversary of the album! The 1997 album of the Slackers is probably the most famous of the trad. Ska Band from New York. With the classics "Married Girl", "Rude and Reckless" and many more all-time Classics! 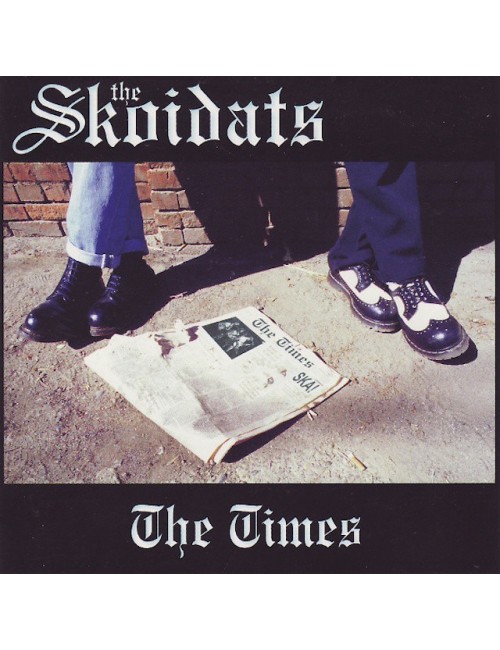 The American SKOIDATS, founded in 1995, unfortunately managed only two albums. The re-released debut "The Times" from 1997, then released on Moon Ska and a little later as vinyl on Vinyl Only Releases, the Grover sublabel, definitely deserves to be excavated again. 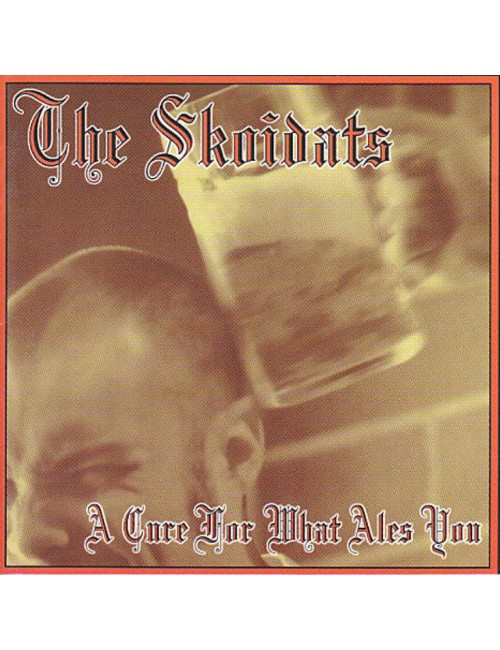 Back in Press. 2nd album , an excellent mix of ska and skinhead reggae, garnished with Oi! Even though the troupe disbanded more than 2 decades ago, the songs enjoy a certain cult status in the scene. Hardly any other band understood it so well Die trad. Ska/ Early Reggae rail with rough punk and Oi! link. 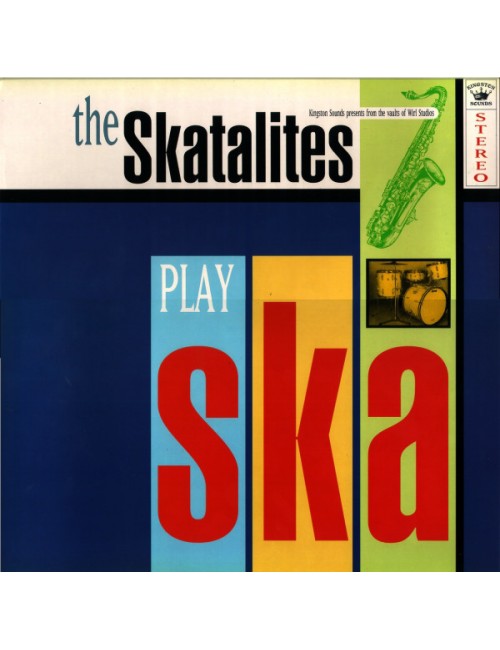 If one band could be cited for the emergance of ska, it would be the Skatalites. Formed around June 1965 and built around the many musicians that had honed their craft at the Alpha Boys School in Kingston, Jamaica, the early line up consisted of Don Drummond, Roland Alphonso, Tommy Mccook, Johnny Dizzy Moore, Lester Sterling, Jerome Jah Jerry Hines, Jackie Mitoo, Lloyd Brevett and Lloyd Knibbs. The time span of the Skatalites career, considering their output of literally 100s of sides of music, was a relativly short one of just over two years. Here, Kingston Sounds have delved into the vaults of wirl records and have selected some tunes that show the dexterity of the band and what great sounds this group of musicians were capable of producing. 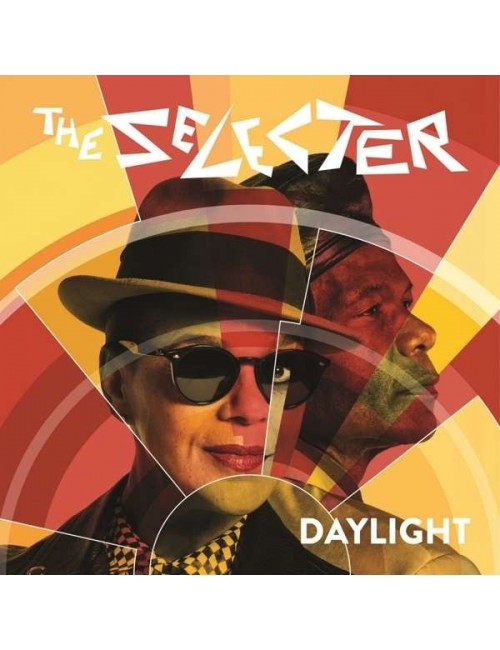 The Selecter, the wild maschine from Coventry, which was already part of the multicultural 2 Tone Explosion in England in 1979, publishes with »Daylight her already 15-tes (!) Studio album. The 8-piece band is reunited with the original members Paul Black and Arthur »Gaps» Hendrickson and delivers compelling, politically engaged and uplifting songs that follow on from the time of »Too Much Pressure» and »Celebrate The Bullet". 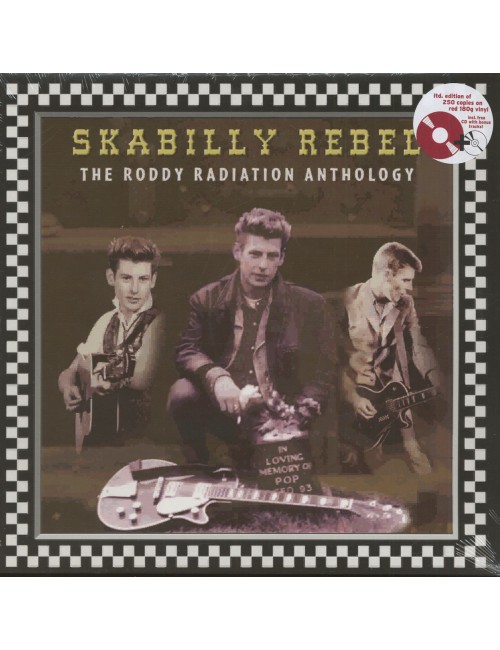 Roddy Radiation aka Roderick James Byers was once part of the legendary specials that crossed punk with reggae in 1979. The fact that he sees himself as "Skabilly Rebel" must be seen as a wink to his successful past, because "The Roddy Radiation Anthology" is above all a retrospective of Roddy's love of a very specific genre, rockabilly, that has lasted for decades. For 18 songs, Radiation has been scrambles through his career after his career in bands such as The Tearjerkers, The Bonediggers and The Raiders. In the style of the Stray Cats, crisp rock'n'roll numbers alternate with mid-tempo snobbers ("Hook, Line & Sinker", "Judgement Day"), and Western sounds can also be. 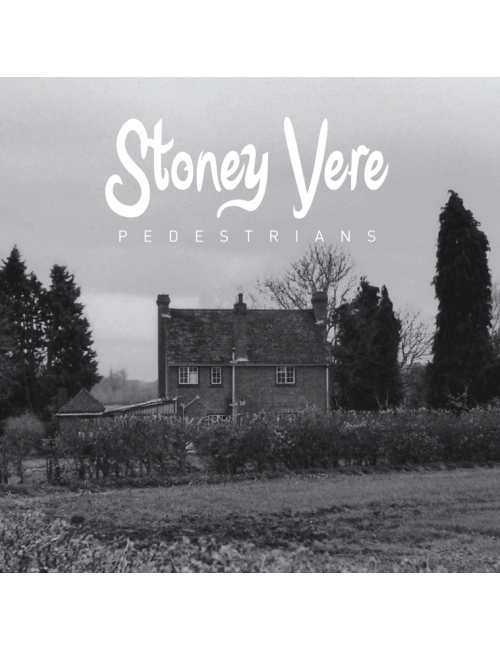 The Pedestrians are a young band from the Baden region, which interprets the styles reggae and ska in a modern way and thus guarantees a good atmosphere. The second EP of the Pedestrians once again provides a lot of variety and creative music. The record recorded in London has something for everyone. 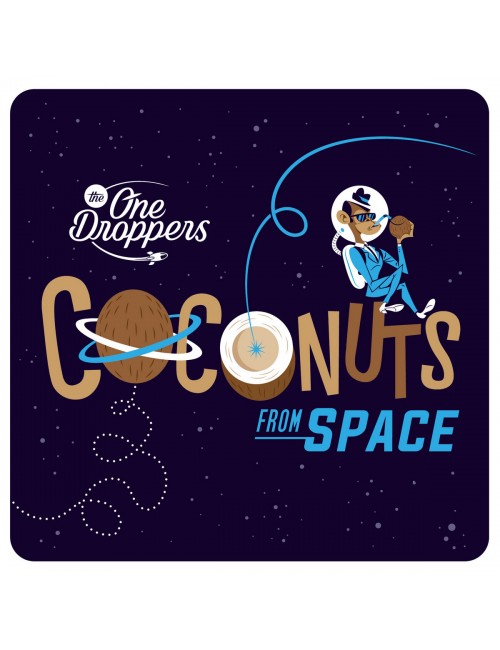 The 7 always stylishly dressed men from Milan have been delighting fans of traditional Jamaican sounds for several years. With “Coconuts From Space” they continue to advance in their development and bring out their album, which has matured so far. Somewhere between traditional ska, rock steady, Jamaican boogie and groovy R’n’B. Sometimes a little quieter and then with dance floor fillers, like the grandiose “Sing-A-Ling”. Supported by Gigi “Mr. T-Bone ”di Gaspari and Jesse Wagner as well as a great artwork in the style of the 60s (excerpt from review irieites.de) 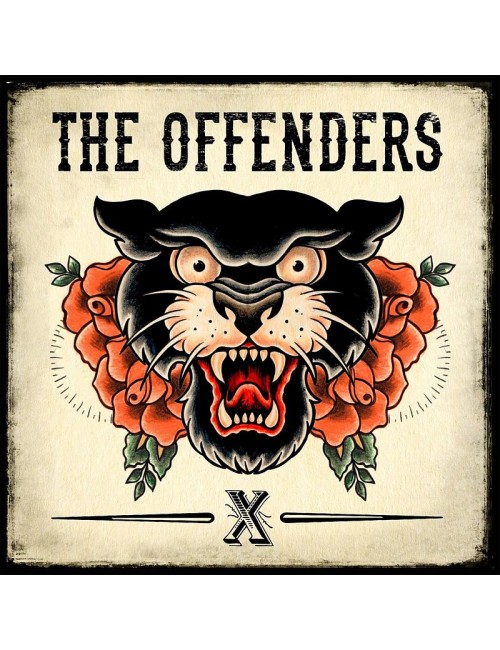 The "X" is the album for the 10th anniversary, the now native band in Berlin and already the 6th studio album, the originally from Italy ska mod powerpop-punk-soul-new wave-formation. The OFFENDERS are not any of these bands on the "X" that have long since exceeded their zenith, on the contrary, so far the gentlemen consistently have a small but good piece with each disc. (Source: plastic-bomb.eu) 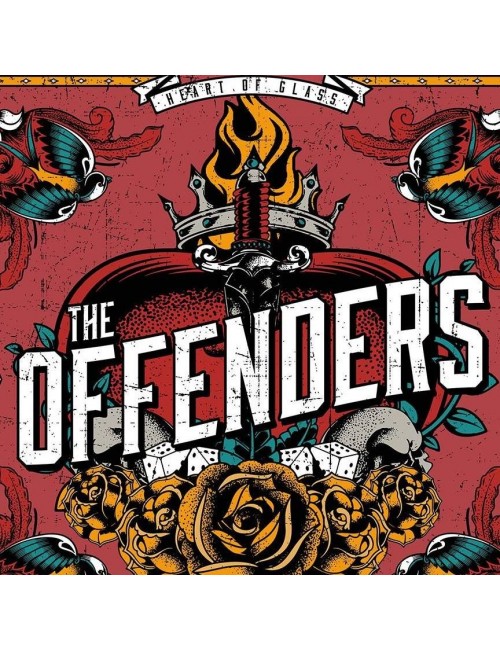 Active for twelve years, the quartet of singer, guitarist and founding member VALERIO TENUTA has achieved an outstanding standing with hundreds of Europe-wide shows up to tours in China and Russia as well as six albums celebrated in the scene. The berlin-based quartet has cultivated a perfect mix of old-school styles like no other band, effortlessly combining 2Tone offbeats with 77s punk rock and mod-revival powerpop. "Heart Of Glass" presents 14 wonderful brand new singalong anthems that reconcile euphoria and melancholy as much as cordiality and sarcasm. Songs like "Kotti Is Not L.A.", "Boots And Braces (Don"t Mean Racist)", "How to Go?" or "My Darling A.C.A.B." are simultaneously rousing, critical and immediately touching. 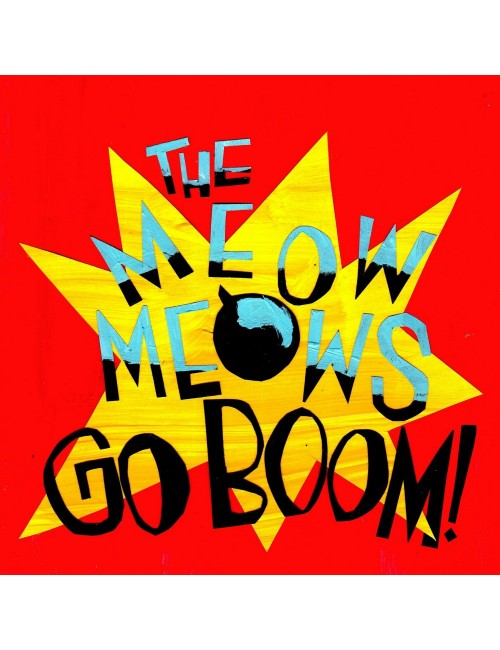 Great Second Album of the British 2-Tone Band from Brighton 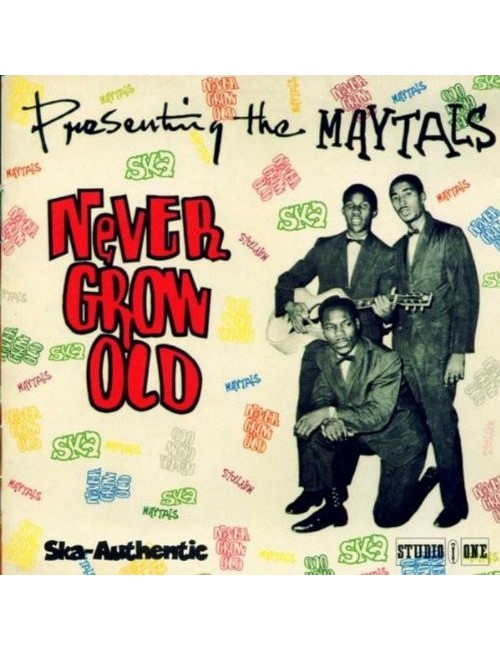 180g vinyl repress of the first disc, recorded between 62 & 63 in Studio One & one of the rarest discs on the label, of course under the fingers of Coxsone Dodd, shows the band from their superb ska side. The gospel influence of later years is already ubiquitous here as well. *Dynamite 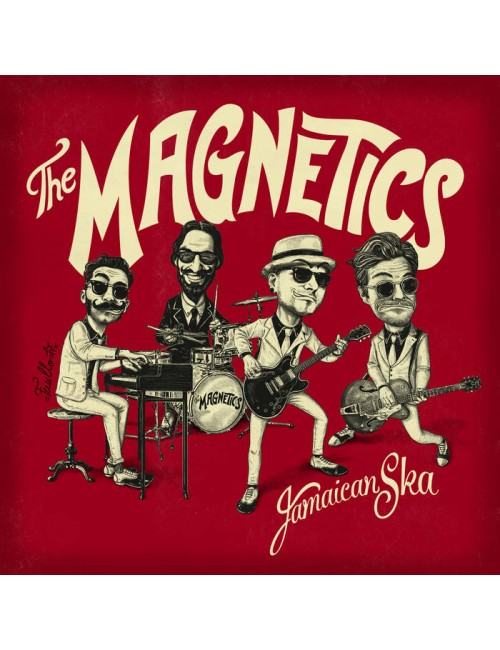 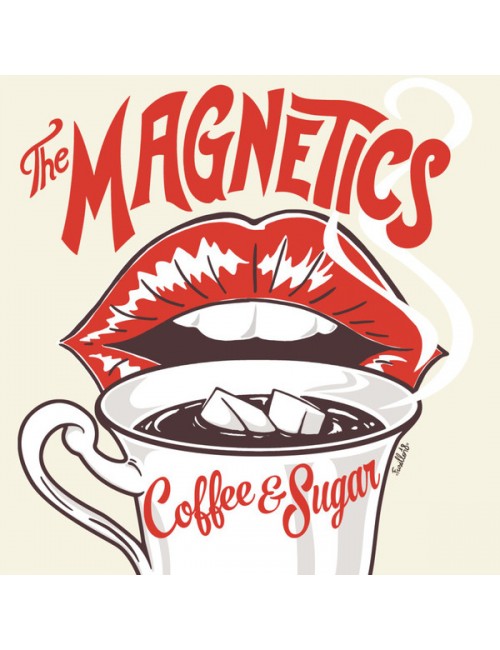 Olly Riva and his Magnetics have already made the scene listen and dance with their first album "Jamaican Ska". Now the 2nd prank of the Milan combo: "Coffee and Sugar" - a very balanced, swinging album. Definitely traditional ska, but quite idiosyncratic – one could also say Italian – interpreted. In Italian Ska there is a beautiful tradition of wanting to entertain with performances and music, which means that a lot of emphasis is usually placed on danceability as opposed to beer-like authenticity. "Coffee and Sugar" continues this tradition without restriction. As a guest, Mr. T-Bone from the Uppertones joins in (Source: irieites.de) 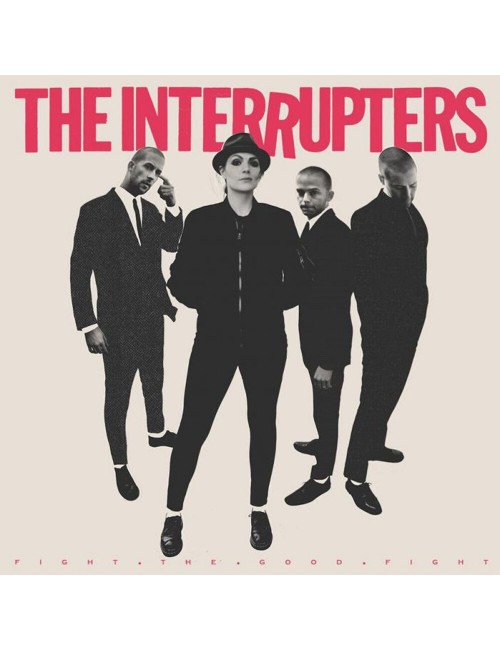 With their third album "Fight the Good Fight" the Interrupters put another ska punk board in the pipeline. The songs sound more mature and the density of the really good songs increases and rises. The three Bivona brothers and frontwoman Aimee Allen hit the ska-rude-boy attitude of Rancid and Co. Surely anything but a coincidence, because you find guitarist Kevin Bivona on the keyboard of Rancid and Tim Armstrong himself not only appears here as a producer, but the song "Got Each Other" is featured by Rancid. Who likes the early No Doubt or finds "Distillers meets Rancid" interesting should listen in !