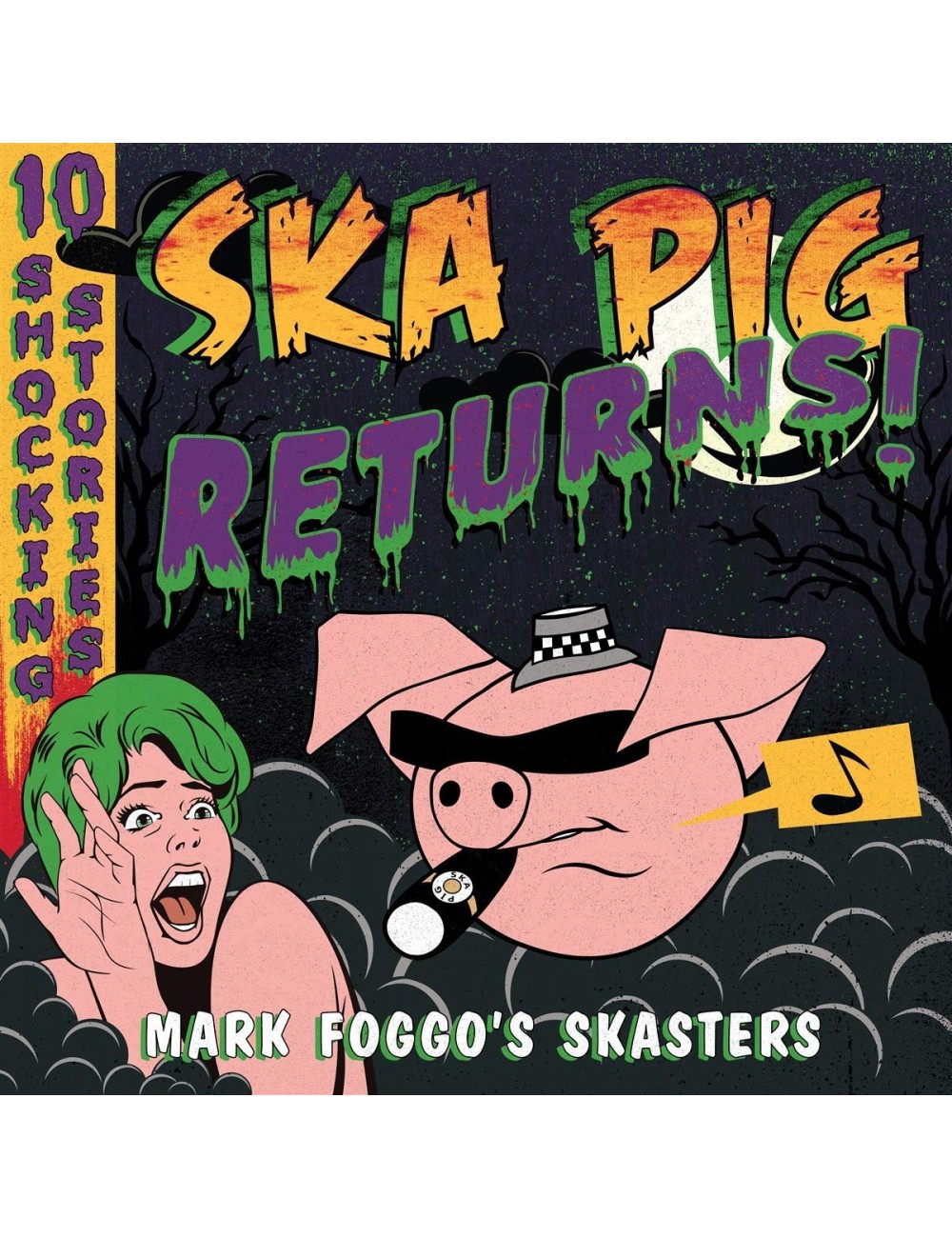 After 9 years a new album by the British Ska-Crazy, who started his career in 1979 inspired by the specials and the beat of his ska-punk band The Secret Meeting and after refining his ska sound in 1989 under the name of Mark Foggo's Skaster's released album "Ska Pig" picked up his genre classic. His songs are also characterized by a dark, observant comic style, Foggo describes his sound as "modern, bizarre, non-influenced, up tempo ska". * Jump Up Records.

A2 Do The Monkey

A3 Light On My Feet

A4 Eat Up Your Weeds

B3 Rats And Mice

B4 Sheik Or Shah