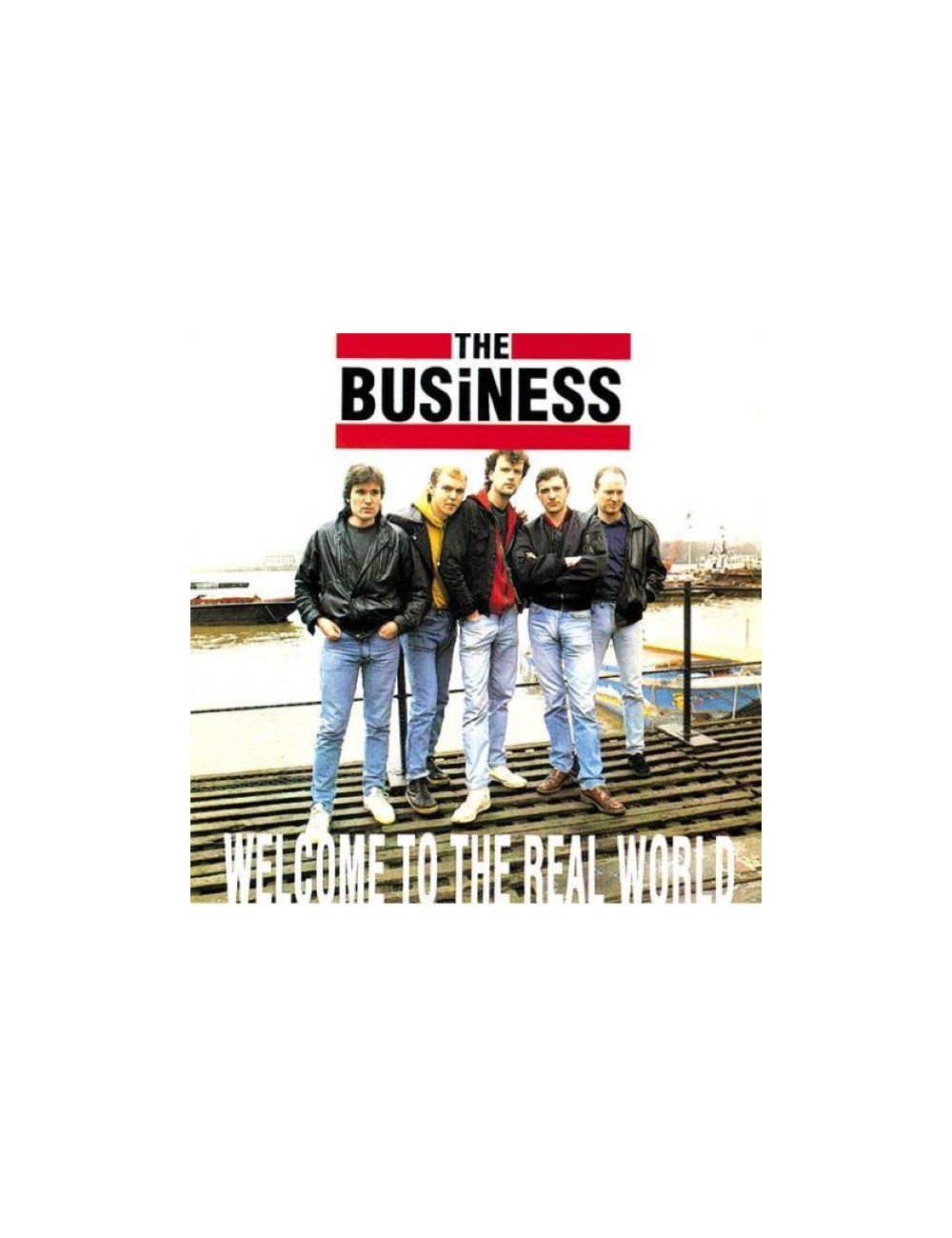 LP The Business - Welcome to the real World

Originally released on Link in 1988, it was the last album in the classic line-up (including Mark Brennan on bass and the returning original guitarist Steve Kent on lead guitar). 12 rock singalong-smashers with British-certified pub and stadium credentials, including such massive street rock earworms as Do a runner and Never say never. Comes in the original artwork with a full-color photo-insert, which contains previously unpublished pictures of the band, in 500 edition

A1 Mouth An' Trousers

A2 Do A Runner

A5 Fear In Your Heart

A6 Welcome To The Real World

B3 Living In Daydreams

B4 Look At Him Now

B5 We Gotta Go