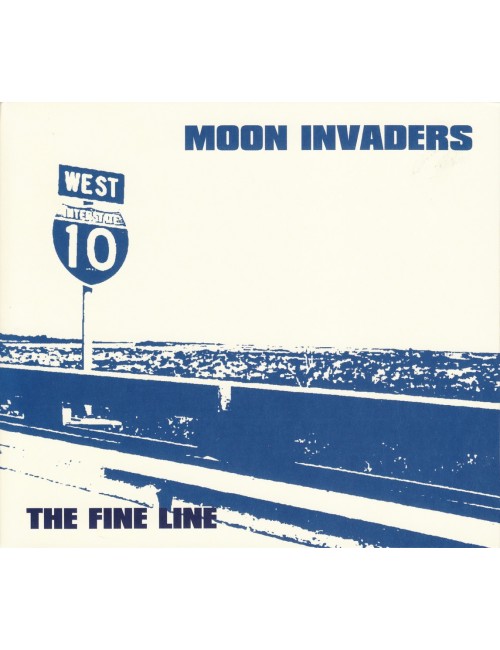 The "Moonies" celebrate their tenth anniversary and thank their fan base with 14 brilliant tracks! Perfect mix of early reggae, rocksteady,ska,something R&B, soul etc., garnished with "Funky" winds and great vocals. Authentic Kingston sound made in Belgium. 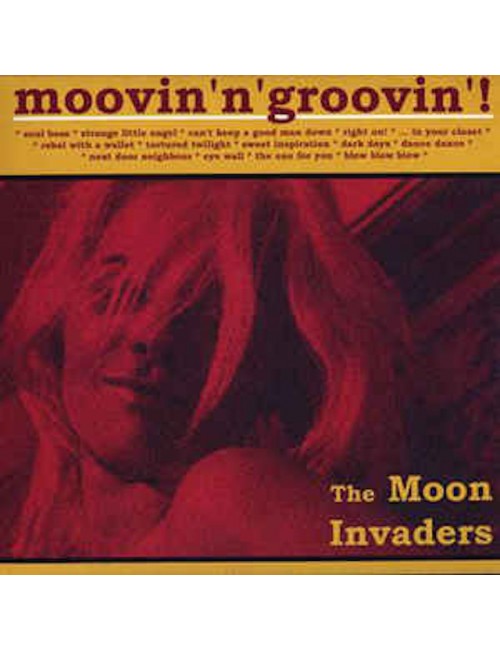 The third album of the Moon Invaders impresses with 14 tracks that go to the ear. The work was produced by Vic Ruggiero (The Slackers) 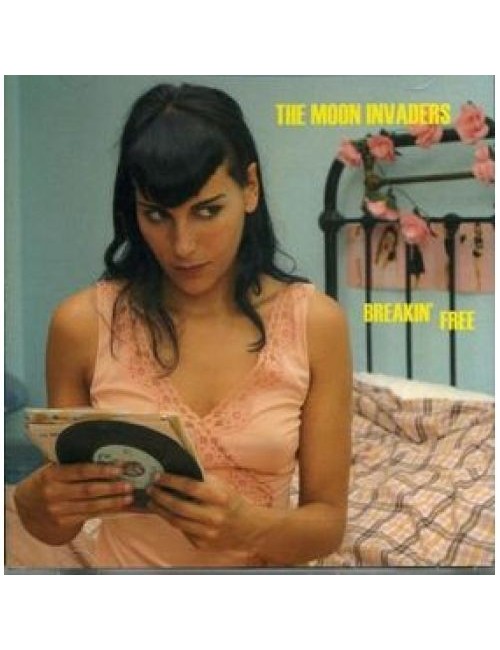 The second album of the "Moonies". Stylistically, there are fourteen pieces on "Breakin' Free" between Cool Jazz, Traditional Ska, Rocksteady, Reggae and Soul. The songs come across very relaxed, maybe it's because, as with the debut album, Victor Rice was sitting at the controls during the recordings. The pieces are written almost exclusively by the drummer Nico Leonard. Compared to the debut, the MOON INVADERS have clearly evolved, they sound more compact. 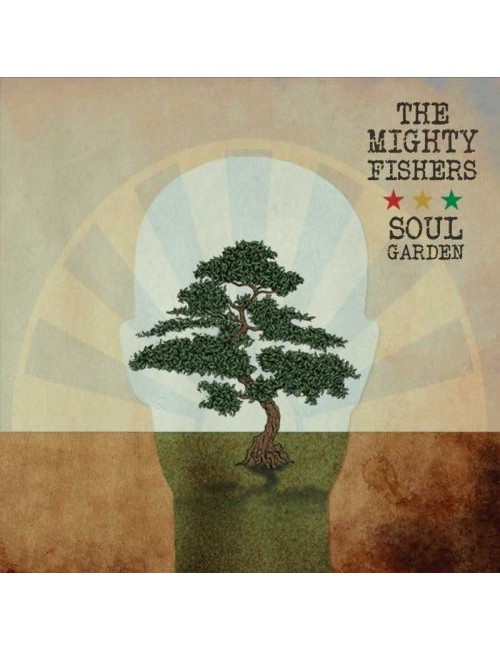 The band's debut album from Hungary. There are 13 songs between old-school reggae, rocksteady and lover's rock, along with male-female vocals and also some instrumentals. 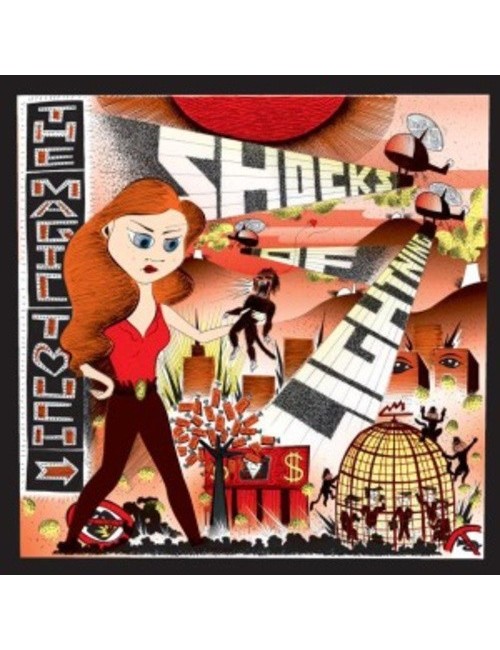 The second work in a short time. It seems that the MAGIC TOUCH wants to set a record in terms of output. Anyone who thinks that the whole thing is somehow at the expense of quality is definitely on the wrong track. The band around singer and mastermind Alex Buck has retreated to Jochen Ströh in Berlin's LoveliteStudio for this production and has brought another vintage pop to the world. The recordings, in contrast to the predecessor in Stereo, convince musically as well as in terms of sound again without compromise. Ska, Early Reggae & Rocksteady at its finest.

The great first album of the Leipzig/Berlin band, which combines Rocksteady and Early - Reggae or Skinhead Reggae with many influences from Meters-Funk to Rub-A-Dub. Although the band has only been in existence since the summer of 2009, the record contains 15 original compositions, which you can't hear every day in this quality, with the recordings finished after only 5 days in the studio. Friends of the mono sound carrier should really access here! 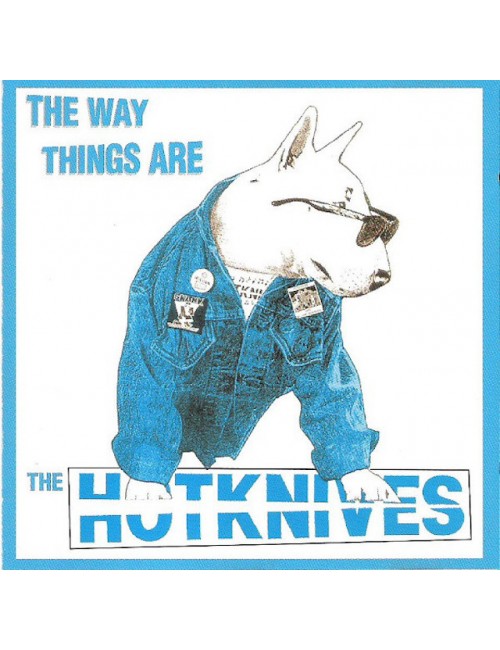 The first studio album of the well-known pop skasters from Brighton, with many great classics. 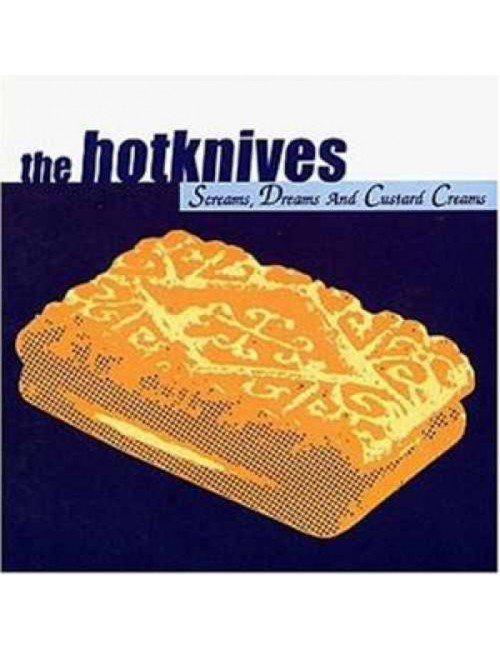 The album of the pop-ska band from Brighton - great mix of ska and Britpop, the last album with Mick Clare as lead singer 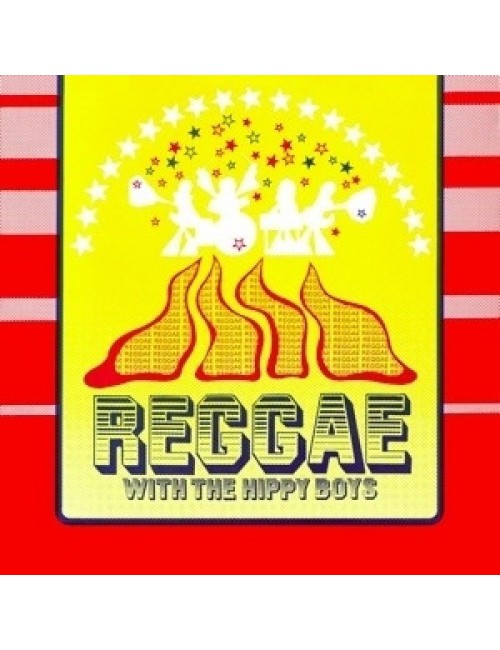 Early Reggae! Re-release on Trojan from the 1969 Hippy Boys' album 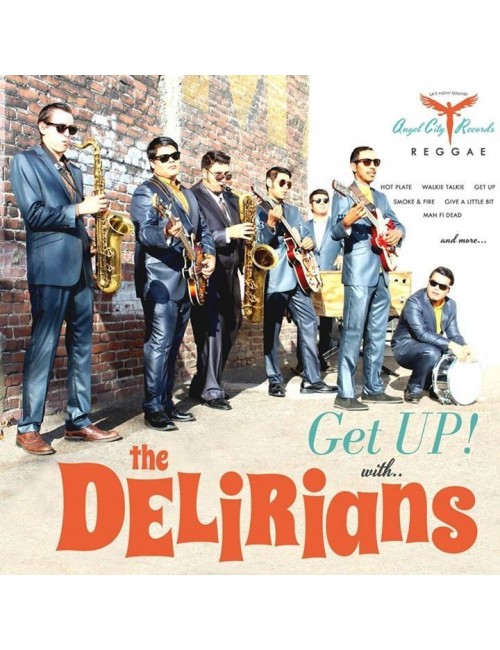 A couple of young men from East L.A. formed this band during their high school days. Less than 10 years later, your sound is a decisive influence on California's ska and reggae scene. As a backing band, the Delirians have already earned themselves for various Jamaican legends such as the Jamaicans, Derrick Morgan, Pat Kelly and many more. Your 2014 album "Get Up!" proves that you also play solo great, funky & soulful reggae. 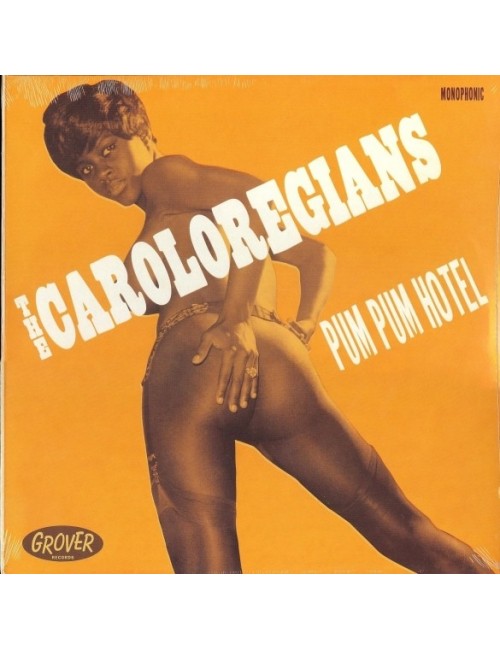 "Funky reggae for the working class", is how THE CAROLOREGIANS describe themselves. The Belgians prove on their second longplayer on Grover that a cool reggae and ska troupe does not need any winds. The focus is on guitar and organ work without degrading the craftsmanship and artistic work of the remaining musicians. Very positive ly not only that the two soloists work with different sounds in order to create a very special atmosphere for the individual songs. The bottom line is that THE CAROLOREGIANS win across the board. A fantastic, varied and well-arranged album that should not only please the traditional reggae and ska fan community, despite the 60s touch. (Source: ox-fanzine.de) 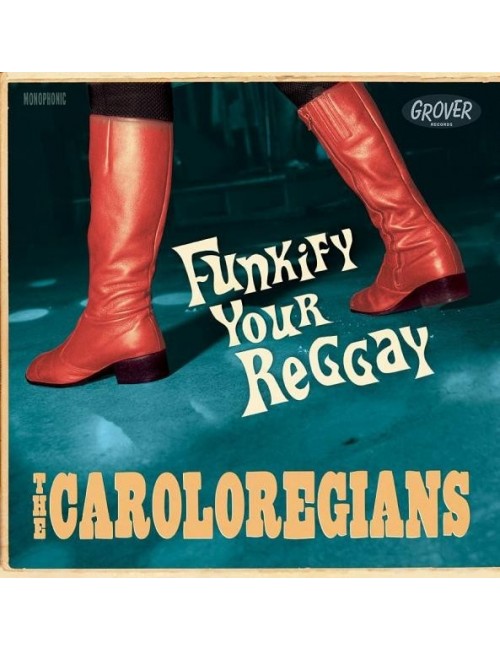 The title of the disc is the program: skinhead reggae with the usual dominant organ and a certain feverish nervousness and hustle and bustle, which already 40 years ago made records like "Funky Kingston", "Battle Axe" or "Funky Chicken" classics. The Belgians perfect their sound on their now third record and thus emancipate themselves from their largely identical brother band, the MOON INVADERS. Bee-industrious as they are, they have put together an all-round successful package of tradition, as Lee Perry's Upsetters could hardly have done better, back then. And as with the predecessor "Pum Pum Hotel" again a simply beautiful cover. 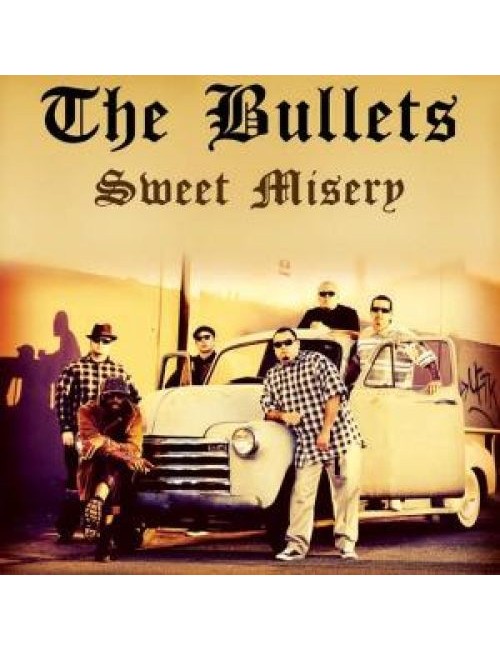 The US sextet around organist Roger Rivas (also active at The Aggrolites) presents a convincing mix of soul and early reggae on "Sweet Misery". From "Chrystal Necklace" to "Canyon City Life" to "Her Nature" there is no doubt that there is more than one hit-suspicious title to be heard. Those who previously only knew and loved the Aggrolites will also enjoy the creative minds of the Bullets and like to follow their musical path to ancient Jamaica 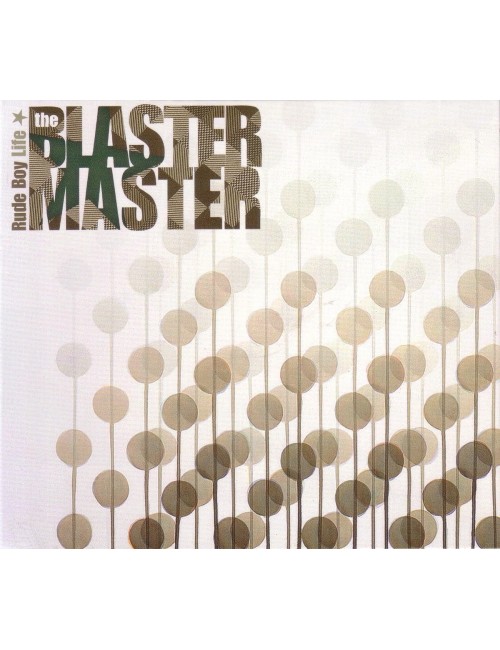 Founded in the mid-1990s, the SKA formation BLASTER MASTER, which originates in Oulo, Finland, is one of the outstanding acts of the local scene, along with the VALKYRIANS, VOIMARHYMÄ and jazz GANGSTERS. Known for their vital 2Tone sound, with which the nine-piece troupe always makes the clubs shake, the band has released three successful longplayers in addition to various singles and sampler contributions (e.g. United Colors of Ska Vol. 3). On their now released album 'Rude Boy Life', the politically active band in the Ska Against Racism expands the stylistic limits of their previous 2Tone sound and enrich it skilfully and full of game lovers with occasional reggae and dub elements, without losing the party-ready ground grip. 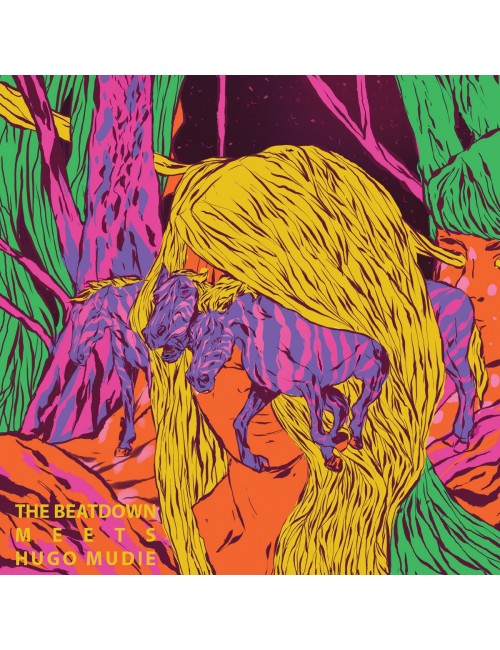 Third studio album of the band from Montreal! Singer Hugo Mudie gives the Beatdown Sound a very refreshing input. 11 songs that know how to convince. 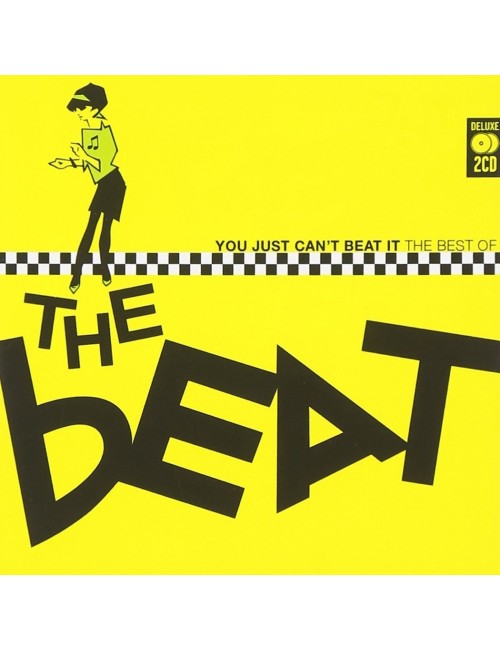 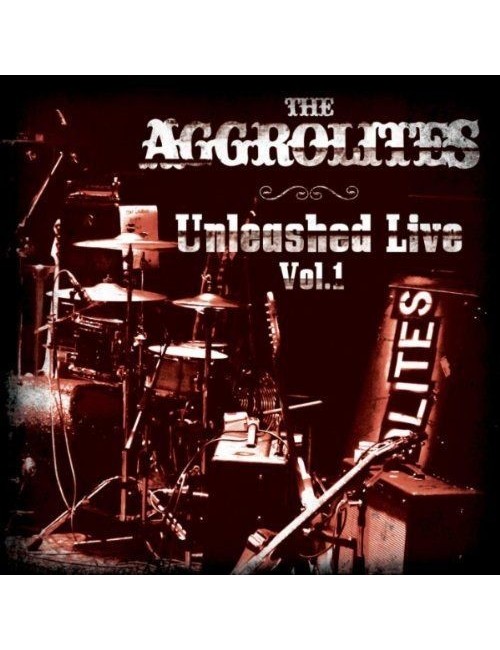 The live album of the Dirty Reggae heroes from LA with all their hits plus the popular live songs "Banana" and "Don't let me down" finally pressed on disk. 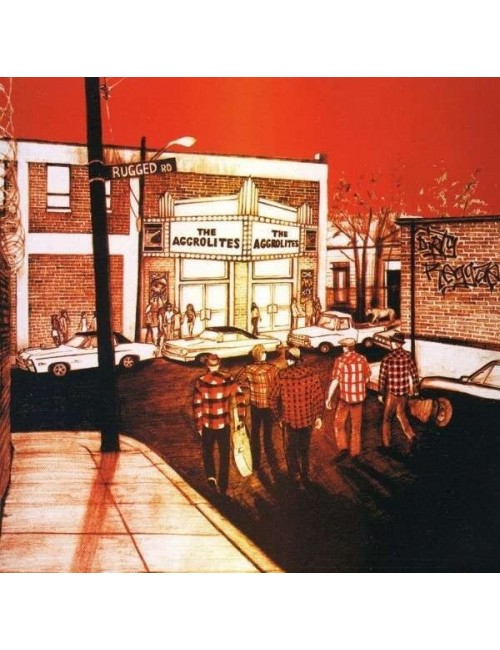 The Dirty Reggae heroes THE AGGROLITES with their fifth studio album.10 incoming tracks accompanied by the fantastic soulful voice of the singer Jesse Wagner. 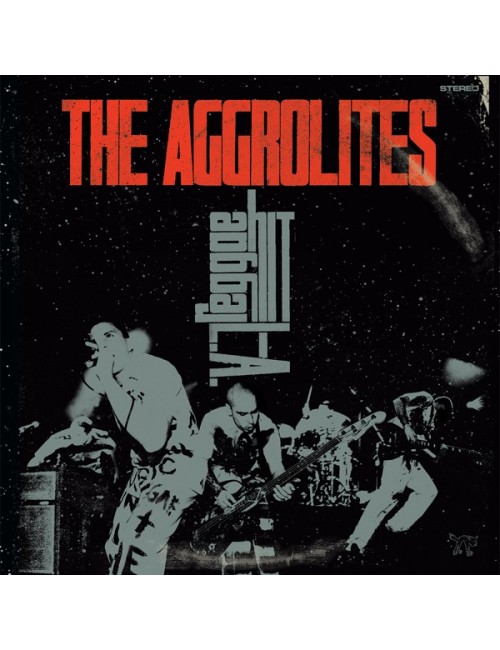 The Aggrolites have taken the world by storm with their mix of funky old-school ska and early reggae, presenting a generation with the classic Jamaican sound of the 70s that has never heard of Studio One. the 2007 album shows who 'The Aggrolites' are. It takes the listener on a soulful and rhythmic journey that makes him dance and keeps the fire burning. 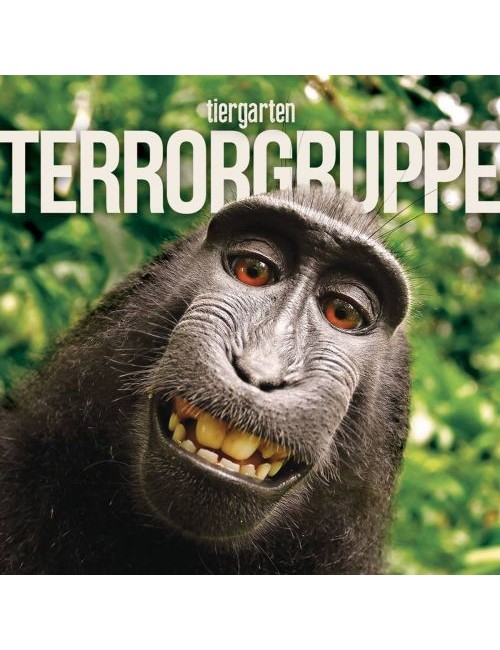 The founders ARCHI 'MC MOTHERFUCKER' ALERT and JOHNNY BOTTROP and bassist ZIP SCHLITZER have joined the quintet with the new additions KID KATZE and EROS RAZORBLADE and have been playing sold-out and acclaimed concerts since summer 2014 and have been constantly writing on new song material ever since. With the 14 songs the band now shows itself in new high form - sometimes angry and sarcastic, sometimes over-turned and light-footed, often catchy, but always aggressive and biting. In addition, of course, there is the special and always intelligent humour of the TERRORGRUPPE text worlds, because the Kreuzbergs are still far from age-mild. Charming entertainment in frontal attack, depth meets low blow. And whoever they hit with it really deserves it. 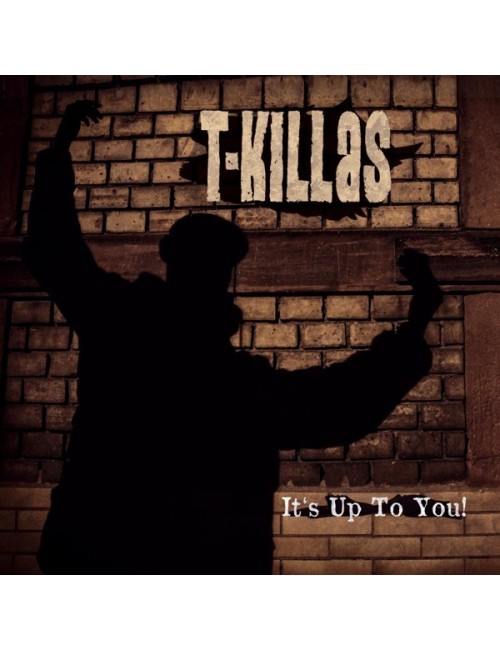 Inspired by bands like The Clash, The Specials, The Offenders and Redskins, friends Till and Schnall have been doing their own thing since 2003. It's the energetic skabeats that they take care of and provide with a good portion of mod and garage to punk. It's fast, reddish and cheeky, with lots of guitar and organ as well as a dominant saxophone that builds the necessary wind front all by itself. Ska for party people and with the necessary dose of political engagement: "Strictly Antifa". Sound-wise, this is reminiscent of successful acts such as Mr. Review, The Offenders, Cartoon Violence, The Hotknives or even some role models from the Two Tone era, and yet carries its very own touch with mod attitude. 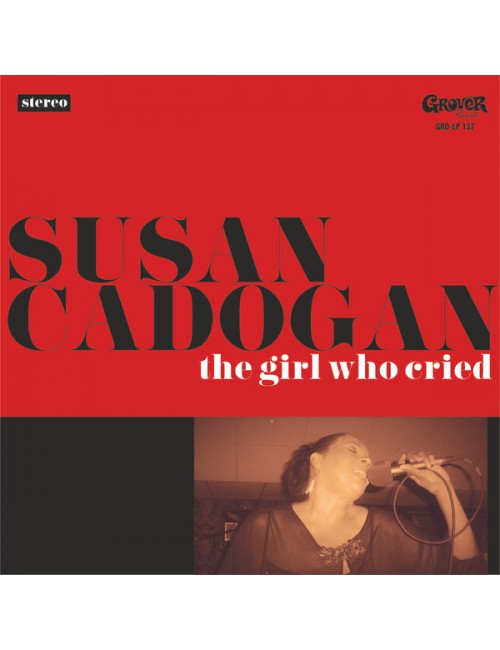 After 10 years finally a new album of the now 67-year-old Jamaican Lovers-Rock/Rocksteady singer, whose star rose in 1975 when Lee Scratch Perry was looking for a singer for a cover versio of Millie Jackson's "Hurt so good ". Produced by Mitch "King Kong" Girio, the album offers plenty of variety and a song journey between early reggae and rocksteady with Susan's animated, slightly sour, expressive and charismatic soul voice. Relaxed summer reggae album with a focus on the vocals of the now 67-year-old reggae lady. *Grover 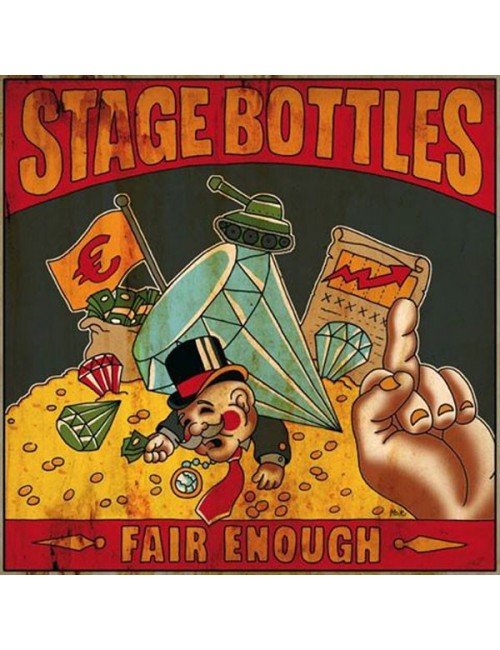 Three years after "Power for revenge" the Frankfurt STAGE BOTTLES are back, but how! With Antifascists on the streets - one world, one crew the direction of the march is not only clear, the band has also written a rather hit. On "Fair enough" there are some other pearls, sometimes powerful and fast, sometimes a little quieter. Critical anthems that go into the ear and stay there. And if you think of CHUMBAWAMBA in "Get no doubt", you can't even go the wrong way. In any case, Olaf and his boys remain true to each other and sound insanely fresh and energetic. 13 tracks that, despite good production, still taste good on the road. (Source:coretexrecords.com 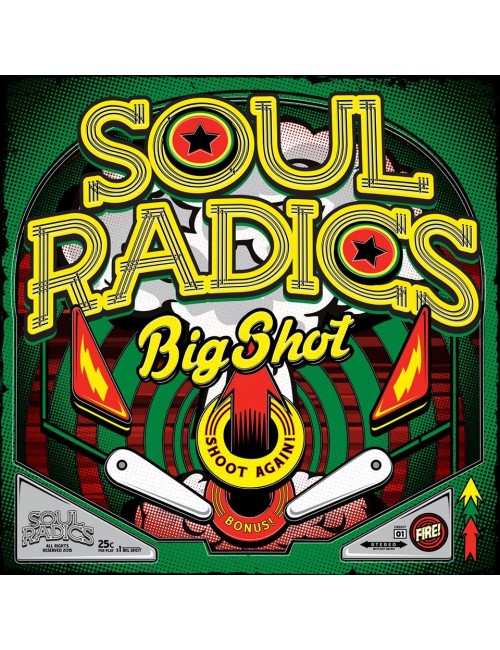 The second album of the Ska/ Reggae Band from Nasville